Being a great fan of K dramas, when it comes to Saguek dramas, my heart does skip a beat. Out of several Sageuk dramas, one drama that engulfed me so much is ‘Mirror of the Witch’ aka ‘The Secret Healer’.

This drama consisted of 20 episodes and it is based on the teenage years of Heo Joon, the most magical doctor in ancestral Korea during the 17th century. Heo Joon who wrote a book ‘History of the Eastern Medicine’ is the main character of the drama.

This drama falls under the genre of fantasy, shamanism, and romance. Based on the Joseon dynasty in historical Korea this story grasps the superstitious beliefs and their impact on a Royal household.

The story first represents a King (King Gwangju) who is unable to have a baby with his Queen. Queen Shim seems so powerless in this story because Queen Dowager (Royal mother of the King) constantly pesters her to have a child for the future of their dynasty.

The Taoist priests try their best of the best to fulfil Daebi’s wish but it fails. So the story takes a turn when Daebi (Queen Dowager) calls in Hong Joo, and evil shaman who uses dark magic for her wish. Hong Joo is the best actress or character, her appearance, her dialogues are so well presented that she is able to scare us through the screen.

So Hong Joo with the help of her dark magic grants the wish of Queen Shim. Hong Joo casts and evils spell to the Queen’s belly and as a result, Queen Shim gets pregnant. It is also shown in the drama that a young Shaman is murdered in this procedure by Hong Joo and the shaman curses Hong Joo and there an unborn child of Queen Shim before her death.

The dying young Shaman also forecasts that Queen Shim shall have twins however both of them has to die when both babies turn seventeen.

After nine months, Queen Shim gives birth to the twins, She is taken aback about how the prediction of the dead Shaman came true. A beautiful princess and a prince is born.

Queen Shim later knows from Hong Joo that the princess is cursed and She has to be sacrificed for the twin prince to live. Queen Shim stone heartedly orders to kill the princess in the funeral pyre for her prince.

However, the Taoist priest saves the young Princess and hides her well in the deep abandoned mountains. Queen Shim and Hong Joo unaware of this are happy that the cursed princess is finally dead. But NO! The show takes a sixteen-year leap and we finally get to see a young handsome pitiful Heo Joon. Heo Joon has a sad life. His father is from a noble household while his mother is a mere slave. Heo Joon is so much bullied alongside his weak mother who dies later of a bully.

It is shown that Joon’s older stepbrother frequently bullies both mother and son and Joon’s mom dies as a result. So, Heo Joon one evening hikes the abandoned mountain and finds a magical mirror and that mirror later on stamps on his heart. He meets Yeon Hui in an old hut and they have bubbles of feelings for each other.

Something very catchy of this drama is when Yeon Hui’s twin dies in his seventeenth birthday and She has her curse activated. We can see how Yeon Hui’s hair turns solid white and her eyes – my gosh! Scary!

Heo Joon falls for Yeon Hui. He even though knows Hui’s curse, past as a princess he loves Yeon Hui. We all know the depth of his love when we can see how he wanted to die just for Yeon Hui. 🙁

The final three episodes are a bit of heart rendering. Yeon Hui is tied and burnt but she saves herself with the magic, Heo Joon and Yeon Hui know the fate of getting separated and Hong Joo keeps on pestering them. Heo Joon who was about to commit suicide for Yeon Hui later lives but poor Yeon Hui dies for our Heo Joon.

Verdict:
This drama is the best drama I’ve ever watched. There are many glimpses that broke my heart and literally soaked me in tears. One is the way Heo Joon cries (OMG!). When he looks at his cursed love and says “I will love you no matter what hair you have” (funny though).

Another is how Hong Joo is punished by Yeon Hui. Yeon Hui, the way she screams flying in the air is totally wow!. And how Heo Joon, later on, becomes the Royal physician and meets Yeon Hui in his afterlife. This was too much to break out heart. We had to end this drama in tears with heavy thought that ‘Now they met in heaven’. 🙁 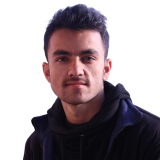